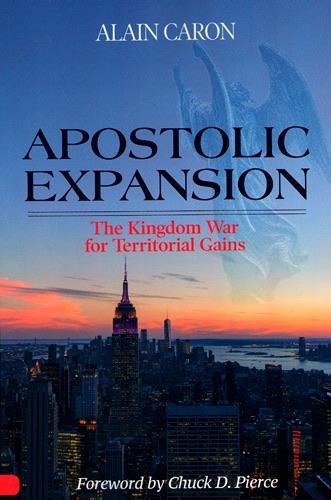 The kingdom of God is not a utopia. It’s a reality that is part of a territory. It’s a harvest growing in the nations that will cover the whole earth. It’s the fruit of the apostolic expansion that God generates in the face of his enemies.

After the success of his first book, Apostolic Centers, Alain Caron returns with a new guide that goes even further and helps the church to advance with a strategy of conquest that makes darkness tremble.

In Apostolic Expansion: The Kingdom War for Territorial Gains you will find:

The key of the prophetic chamber

The ekklesia that’s governing the kingdom

The kingdom basis of operations

The strategic plans for the conquest

The victory that releases the provisions

The keys of the harvest and of the double portion

The outposts of the heavenly troops

The covenant that gathers the armies

The title deeds of the kingdom

The role of apostolic centers

How to rule from the garden