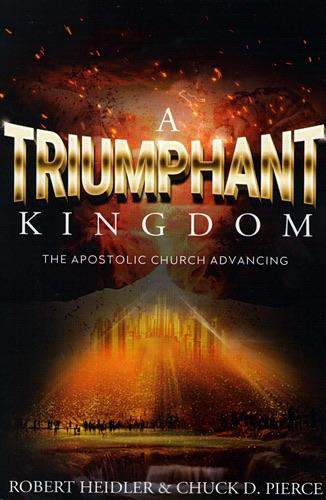 We have not just entered a new season, but a new era in the Kingdom of God. In a new era, we have a new identity. The key to developing your new identity is knowing who the Lord says you are. Therefore, it’s imperative that we understand the difference between Kingdom and Church.

Any time a new prototype is formed, you are not certain who you are and how your faith will be expressed. When the early Church was birthed, the apostles’ understanding of corporate gathering and movement needed to change radically, and yet they advanced against the enemy and changed the world! Though we are in a great war today, a triumphant people are arising in the earth!

We have crossed into an era of Kingdom advancing and the apostolic church moving into a new dimension.

A Triumphant Kingdom will help you move past last season’s building plan and into the future.

Sold out
Add to Cart